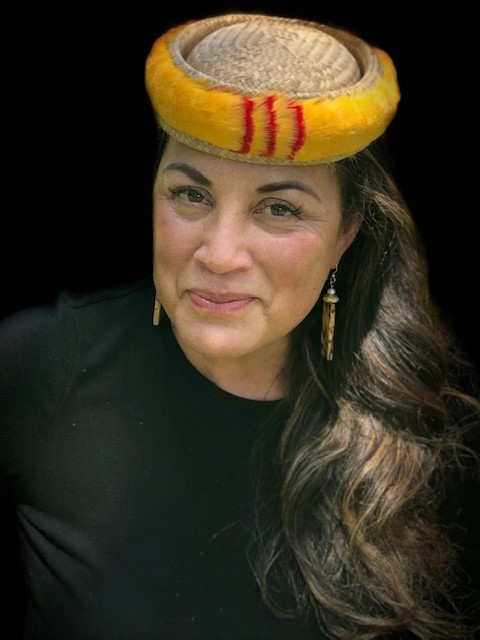 Moana was raised on the Big Island of Hawaii when Hilo was a sleepy town.  Still one of her favorite places to visit, her family left Hilo while she was in the 3rd grade and moved to the beach town of Kailua on the windward side of Oahu.  There she finished high school and married her husband, Erik after her first year at the University of Hawaii. A move to the Valley Isle of Maui over 40 years ago was one of the best decisions the couple would make.  Finding their way to the well watered pastures of Upcountry, Moana and Erik moved to Kula, where Erik built their Hawaiian style "hale" on 3 acres of land, carefully turned to a prize winning coffee farm. Maui's finest coffee can be found here in Keokea's mist shrouded elevation of 3,300'.  Their farm, Maui Estate Coffee, has recently received some of the State's highest cupping awards and attracts a cult following across the country.

Moana and Erik have raised 3 children and 8 golden retrievers on Maui; not necessarily in that order.  While Erik tenderly cultivates and talks to his coffee trees, Moana spends long hours daily- meeting with clients, preparing countless numbers of market analyses, consulting with everyday folks in regards to pricing and market conditions and giving good old fashioned advice to dozens of her friends, referrals, first time homeowners, retirees, corporate clients, investors and military buyers and sellers.  There isn't a job she'd rather be doing than this!

Moana has served as the President for the Realtors Association of Maui and has received their highest award as Realtor of the Year.  She is the 2016 President for the 9,000 member Hawaii Association of Realtors and enjoys serving on the Board of Directors for the National Association of Realtors. She served for 5 years as a Maui County appointed Planning Commissioner and holds a degree in Public Administration from the University of Hawaii.  However, she will admit that most of her organizational skills were learned when she was a bartender, breakfast waitress and United Airlines service agent.

Moana is a student of hula under the guidance of her Kumu Hula, Gordean Leilehua Bailey of Halau Wehiwehi 'O Leilehua.  Her hula lineage stems from Maiki Aiu Lake, Kahauanu Lake, Leialoha Cunningham and the Beamer family of the Big Island, where she first learned to dance at age 5.  She has formally graduated as a Kumu Hula and teaches a small group of dedicated students. Her foremost passion is music and she is a classically trained pianist.  She loves to compose music and lyrics on the piano and enjoys toting her ukulele around to sing a large repertoire of classic Hawaiian songs of old. Moana has a love for Hawaiian and American history; loves the Hawaiian people and adores being an American! She is a Hawaiian and French speaker.  She appreciates and collects a lot of art and has run out of wall space.  Her mentors in life have been her late mom, Henrietta Leilehua Keyes, her Kumu Hula, Gordean Bailey and her husband, Erik. Above all, she is grateful to God for her family and friends and life's blessings on the beautiful island of Maui.